Building on A Permanent Support System 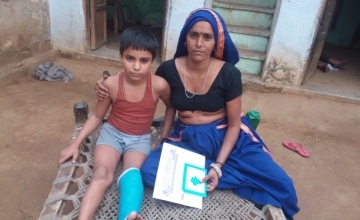 My name is Bina and my husband’s name is Omprakash. I am a farmer and a resident of Laxmangarh tehsil of Berla village and a mother of three kids. Since the yield is low, we have faced a lot of problems in growing food. In addition to this, I and my family did not even get the benefit of food security. I came to submit the form to the Panchayat many times but did not get any help from there, after that the Panchayat Samiti went to Laxmangarh but from there my work was not done either.

Then a few days later, I filled the form online, which was very costly and the computer operator asked for Rs 1000. I realized that I wasn’t capable of availing the benefits from the scheme. Few days later someone told me that Sangeeta ji does this work; she will get your work done. The moment I reached there, she saw my papers and listened to me well. She assured, “I will definitely get your work done, just for this you will have to fill a food security form”. Then Sangeeta ji filled a food security form and put all the documents along. Also she took me to the Alwar Collector office on the second day.

My form was submitted with ‘DSO Saheb’ on 14th and immediately on 16th, my name was added to food security.

A few days after my name was added to food security, another problem broke. My youngest son met with an accident, who is only 10 years old, and had his leg broke in the accident. This time also Sangeeta ji helped for which I thank her very much. Today, my son got a free operation done because Sangeeta ji started my ration card and Bhamashah too.

And not only that, I had made a labor card from another e-mitra, but it was made wrong, in that they changed my name to Beena instead of Bina, due to which my children were not able to avail the scholarship online. Sangeeta ji got it corrected correction and soon after that I got the scholarship done online.

I had also made a pan card and it too had mistakes. It had my father’s name replaced by my husband’s name, now Sangeeta Ji is also correcting this.

I and my family thanked Sangeeta ji and her staff who engaged her for social service. 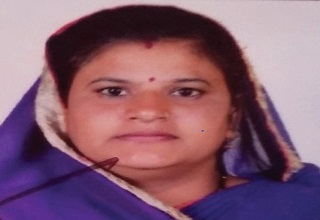 SoochnaPreneur Pulls her Family out of Poverty 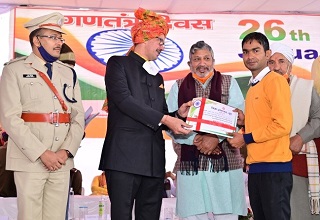