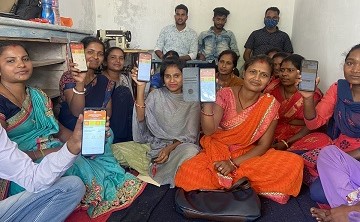 “If I don’t understand something I just ask Sushma and without hesitating she comes immediately and helps me” said Anita Kumari, a Samarth SoochnaPreneur (SSP) from the village of Beyang in Ramgarh district of Jharkhand. Samarth SoochnaPreneurs are differently-abled digital information entrepreneurs. Sushma Kumari is an SSP too, but unlike Anita who has been associated with Digital Empowerment Foundation (DEF) for the last 3 months, Sushma has been an SSP for 18 months. She has been connected with DEF for the last two years. 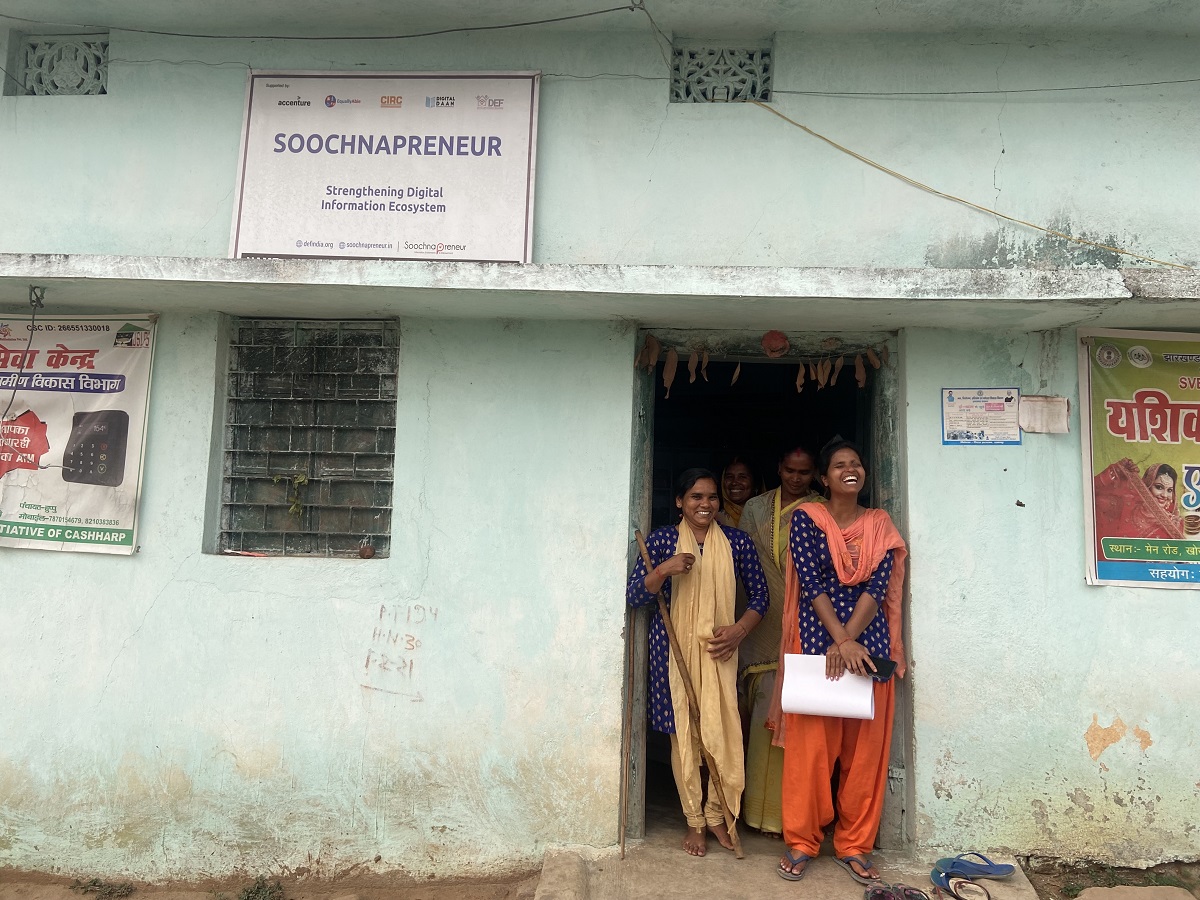 Anita has a locomotor disability from birth that affects her right leg. She walks with the help of crutches. She can be seen sitting behind her computer and typing away, a closer look at the screen would show that she is filling application forms for community members from the villages around who come to her centre to avail government entitlements. In her role as an SSP, she provides access to digital services such as government entitlements, financial transactions, photocopying, checking information online, lamination, digital photography, biometric based access to any entitlements including online withdrawals or submission of forms or applying for any new opportunities, etc.

“Earlier I didn’t know much about digital tools. I was unemployed and dependent on my family, but after the training I have received from DEF I have become a much sought-after able service provider,” said Anita who has started using her Samarth SoochnaPreneur centre as a shop as well. Seeing the high footfall that she received from people wanting to avail digital services, she started selling toys in her shop to enhance her income further.

Anita welcomes her customers with a wide smile and a “tell me what I can do for you.” Oftentimes people, mostly women, visit her shop to withdraw money and she takes out her biometric machine and asks the customer for her Aadhar card. While Anita enters the Aadhar details into the computer the customer shares everything that has been going on at home. Once the transaction is complete the customer leaves with a heavier wallet and a lighter heart. 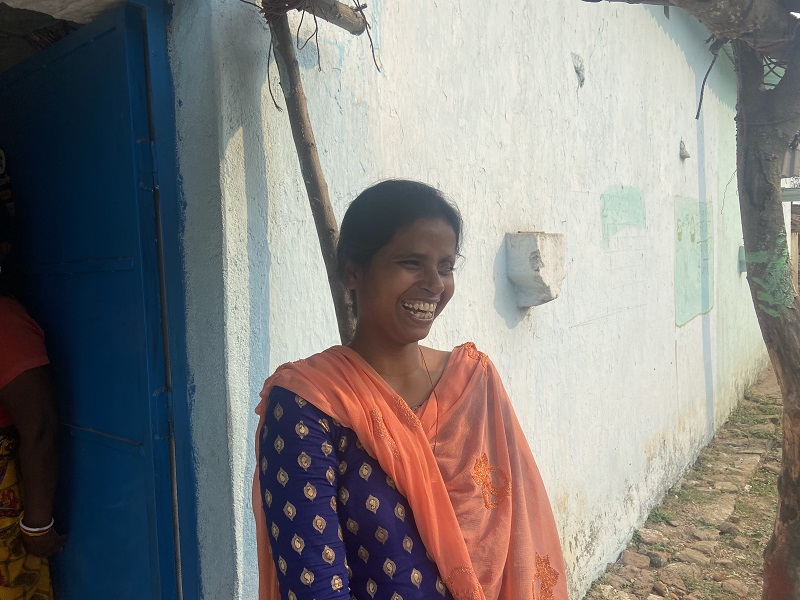 Sushma is Anita’s neighbour and friend. In the past few months, she has also become Anita’s digital mentor. Sushma joined DEF’s GOAL (Going Online As Leaders) initiative in early 2020 and has come a long way since then.GOAL is a program that facilitates connections between adolescent and young women in rural areas to successful women in urban parts of India through digital means. It is a mentorship program wherein the urban mentor guides and trains girls in rural areas on life skills, vocations and even soft skills. An informal learning model, GOAL aims to build confidence amongst the mentees through regular conversations and online workshops.

“Sneha madam, my mentor motivated me to come this far” says Sushma, smiling widely. Along with the weekly video calls with their mentors, the GOAL mentees also received training in digital tools from Suresh Ram and Anzar Raza, DEF’s state coordinators for Jharkhand. “This access training has helped the young women to find direction and acquire useful skills,” shares Suresh, emphasising on the need for a combination of formal and informal training and upskilling program.

Sushma’s journey has been full of struggles. “My disability is hardly a problem for me; I have been living with my eye problem since I was born. It is the discrimination I face from others that is an obstacle for me. They don’t see me as a normal person. When I joined the GOAL program and spoke to Sneha madam on a regular basis I slowly was able to overcome my insecurities and become confident” says Sushma who runs two SoochnaPreneur (Digital Information Entrepreneur) centres today.

Sushma also recalls the role of Virendra, another SoochnaPreneur in her area who is a Digital Sarthak (DS). “Virender Bhaiya’s centre is always full and bustling so I thought there is a lot to learn from him. I realised that people from my village have to travel all the way to his centre seven kilometres away to avail services; most women don’t have two-wheelers and there is no public transport available so they would walk till his centre. I observed how he runs his centre and then started my own.”

Virender is a Digital Sarthak (DS) who runs a digitally equipped centre in Gola. His centre is about seven kilometres away from Sushma and Anita’s village and during their training they would come to his centre and learn about digital literacy and digital entrepreneurship from him. A Digital Sarthak runs a digitally equipped centre and provides all digital services such as photocopying, government entitlements, digital financial services and online education and in addition to this the DS also takes the responsibility of training 100 women entrepreneurs in digital tools to empower them to expand their businesses. Located at DVC Chowk, Virender’s centre serves as the perfect place for this as it is central to the district of Ramgarh. It is evident with the amount of traffic and noise there always is around his centre. It’s different from the noise inside though; outside the vehicle horns make it hard to have a conversation while inside the students chatting, discussing, working or answering questions are the cause of the high decibel levels. 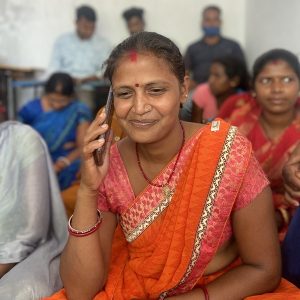 Virender has already completed six of the ten modules of digital training for the women entrepreneurs and he holds multiple sessions every week to progress further. To ensure that all the women are learning he has made ten batches of ten women each so that he can pay attention to each of them.

Equipped with eight computers and four tablets provided by DEF,  his centre provides all digital services that an ordinary SoochnaPreneur centre does and in addition to that he provides the digital infrastructure to students who want to pursue certificate courses. He connects students that come to his centre with local colleges and universities so that they can receive digital education from him and give their exams at the local exam centre to get their certificates.

Offering a glimpse into the unique mentorship structure created by DEF, Sushma also mentions the tireless support she received from Suresh and Anzar who visited her as trainers. “I didn’t know anything, sir, you can’t even imagine. But DEF’s team patiently and slowly trained me in digital tools and then one fine day Suresh sir asked me if I was ready to  become a SoochnaPreneur. I was overjoyed; I had seen the success of Virender’s centre and was very excited to have my own.”

Sushma received digital devices such as a printer, a computer and a tablet. Soon she was offering basic digital services such as photocopy, Aadhar updation, government entitlements and digital financial transactions. Sushma was quick to understand the needs of children in her area and suggested to Suresh and Anzar that if she had more computers she could conduct classes for young students.

Recognizing the potential, Suresh and Anzar approached DEF’s Delhi team and requested for 4 more computers to be given to her. “Now I have about 30 students who learn how to work with computers  from me. Students would also use these computers to attend online classes but now that schools have re-opened they go to school for their classes and come to my centre to receive digital literacy classes” said Sushma.

One of the primary aims of the SSP program is to ensure sustainability. The Samarth SoochnaPreneur should earn enough money to sustain herself while serving the needs of the community. Sushma is doing that as well- she earns about 10,000 to 15,000 rupees every month through the services she provides; the most popular of them being digital financial transactions for which she has taken a licence from the bank. 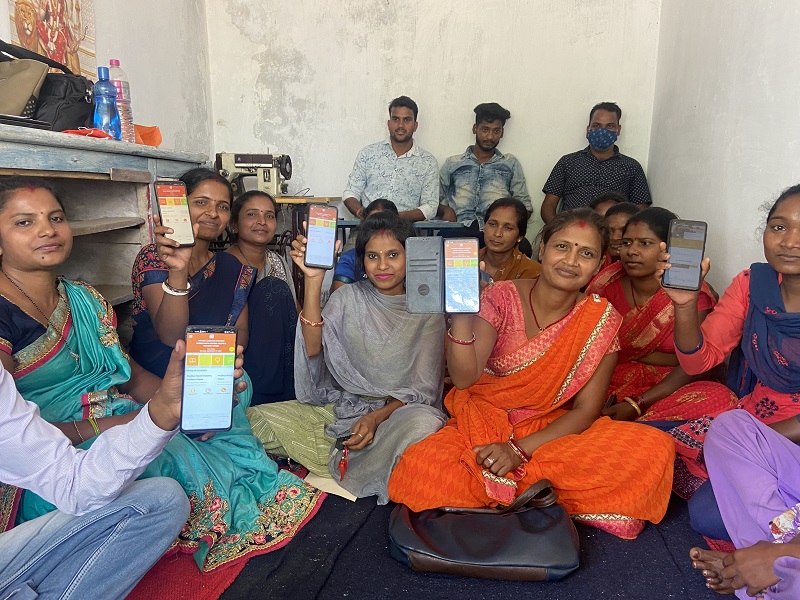 Sushma’s journey is the perfect example of DEF’s influence in the most remote communities. From someone  who had little knowledge about digital tools and  had never stepped out of her house independently, today Sushma has transformed into a leader of the community. Sushma has been working confidently and honestly  to serve her community and become independent.

Virendra’s centre in Gola serves as an example of how much more Sushma can learn and do in the future. Depending on the time of the day and the day of the week, Virendra’s cubicle  is filled with different groups from young girls and boys to middle aged women entrepreneurs. As a digital facilitator and trainer, Virendra has something to offer to everyone.

This centre serves as the hub centre for the districts of Ramgarh, Bokaro and Hazaribagh and all of the SoochnaPreneurs, Samarth SoochnaPreneurs, Digital Sarthaks and District Coordinators meet there once a week. There are a total of twenty-six centres in Ramgarh and one each in Bokaro and Hazaribagh. So all the twenty-eight people meet at Virender’s centre on a weekly basis to discuss the progress, challenges, successes, and learnings during the week. This experience sharing helps all the entrepreneurs learn from each other and take steps that help them become more successful. The newer centres are connected with centres that have been there for longer as they need initial support to strengthen their centres and build confidence amongst the community.

This combination of horizontal and vertical mentorship and catalysing integration of digital tools has led to the success of the SoochnaPreneur centres in Jharkhand.

Working across the diverse pillars of governance, finance, livelihood, health, education, entertainment, information provisions and social networking, DEF has been able to create village level entrepreneurs who work towards the empowerment of their communities.

In a nutshell, there is always an entrepreneurially driven person in each and every village. DEF simply identifies them, and mentors them to understand how their community and villagers could be facilitated through information and knowledge and how they can still make sustainable income by helping people with their daily needs. Depending how each and every identified digital foot soldier takes the digital integration, digital empowerment automatically happens. Not only of the entrepreneurs but also of the communities and the entire ecosystem.

Abner Manzar is part of DEF’s Media and Communications team. A filmmaker and writer, he is traveling across DEF’s clusters to document the impact that DEF has had in those regions. 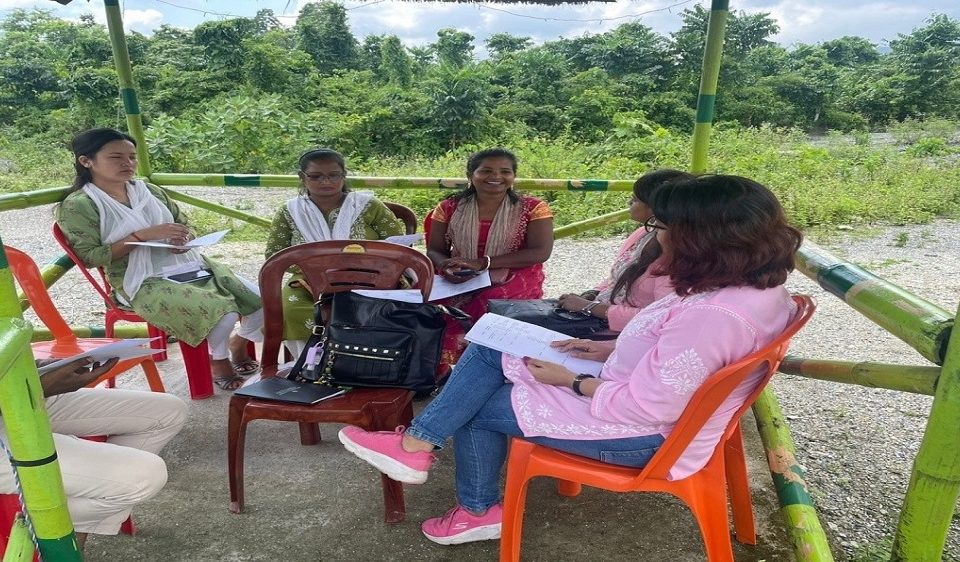 SoochnaPreneurship Model Revisited with a Fresh Cup of Tea 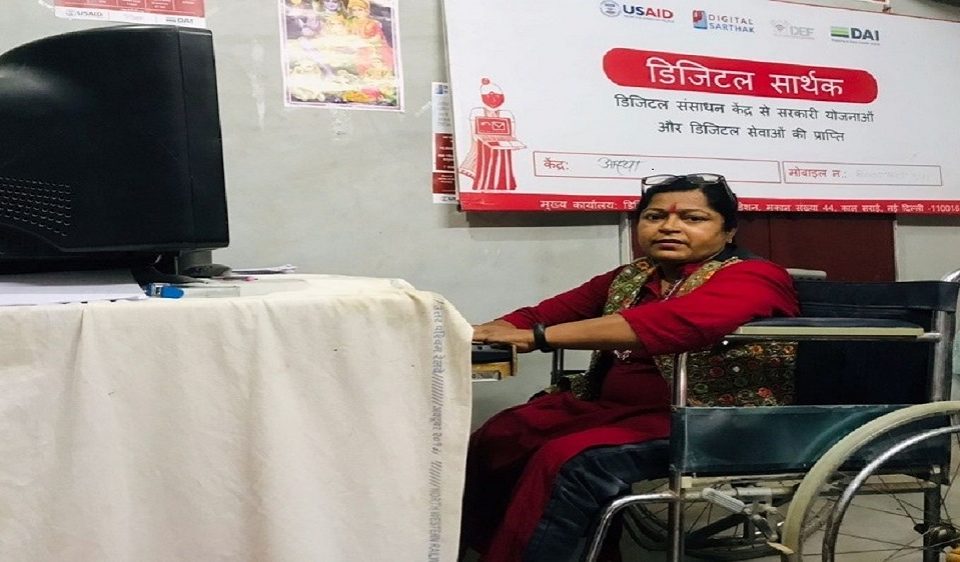 PwD SoochnaPreneur: An Agent of Empowerment 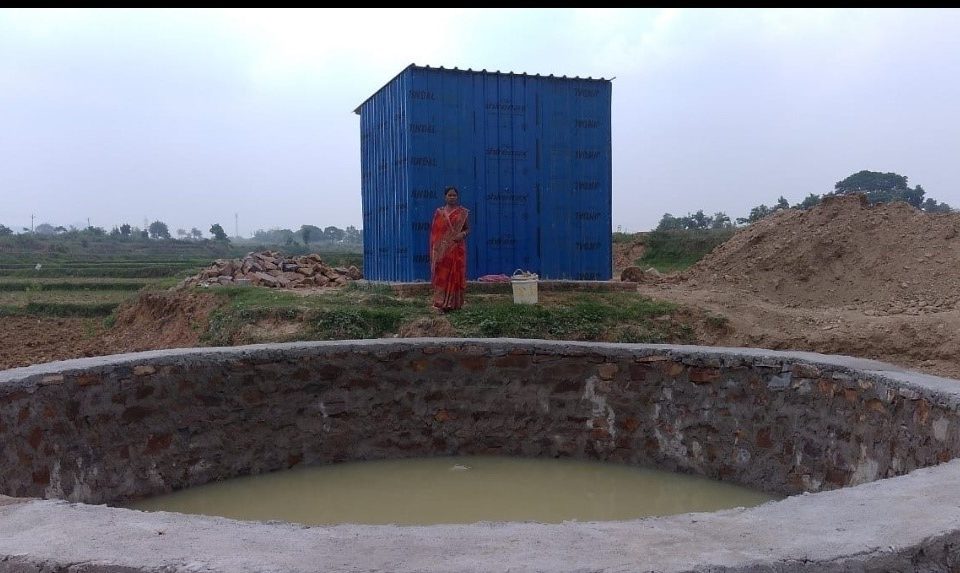